THE ODYSSEY AT POROS KEFALONIA PART 2 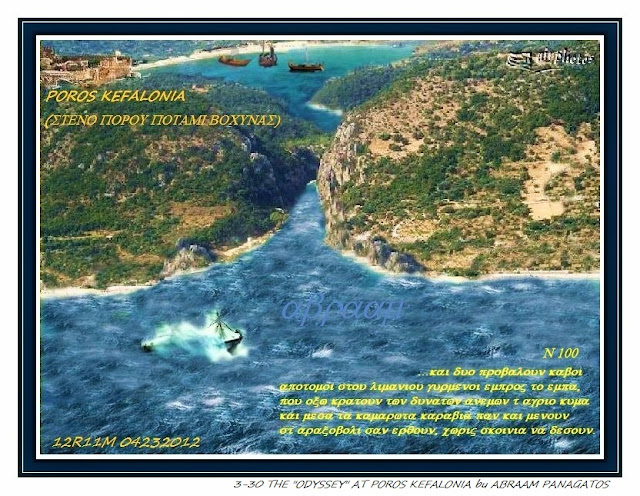 13 N Book XIII
When the bright star that heralds the approach of dawn began to show. the ship drew near to land. Now there is in Ithaca a haven of the old merman Phorcys, which lies between two points that break the line of the sea and shut the harbour in. These shelter it from the storms of wind and sea that rage outside, so that, when once within it, a ship may lie without being even moored. 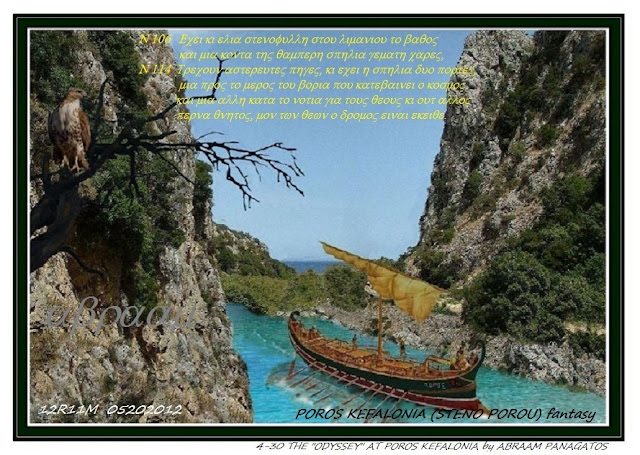 At the head of this harbour there is a large olive tree, and at no distance a fine overarching cavern sacred to the nymphs who are called Naiads. There are mixing-bowls within it and wine-jars of stone, and the bees hive there. Moreover, there are great looms of stone on which the nymphs weave their robes of sea purple- very curious to see- and at all times there is water within it. It has two entrances, one facing North by which mortals can go down into the cave, while the other comes from the South and is more mysterious; mortals cannot possibly get in by it, it is the way taken by the gods. 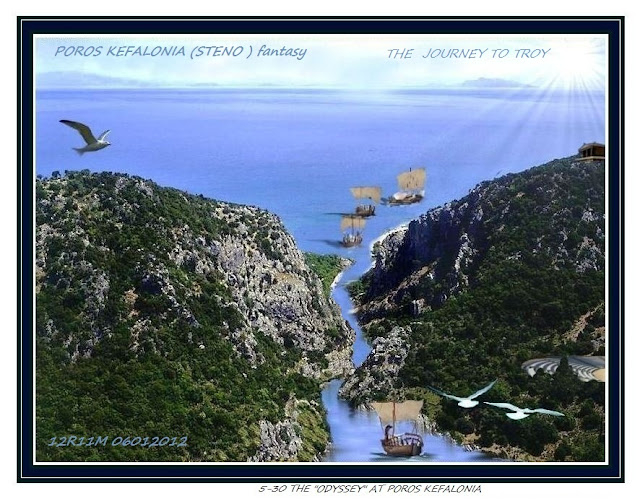