Kefalonia  erthquakes 1953
The devastating earthquake that struck the Ionian islands in 1953, lasted for almost 2 months, August and September (the smaller aftershocks lasted for more than 6 months). The result was that it completely destroyed, Cephalonia, Ithaca and Zakynthos.
kefalonia smaller losses suffered in the north, the region of Erisou and Fiskardo where several houses withstood the destructive fury of over thousands of earthquakes and aftershocks .
There was a significant international help rushed to the island from many countries. By the first month to provide direct assistance, or the efforts of residents to reinstall all their lives in the coming years.
In anninata the people tried to recover from WWII and the civil war.
Some people were farmers and others sheepherders.
In 1953 the earthquake destroyed almost everything.
People tried to repair their homes and they stayed there for a few years.
Then they started to leave to places outside of Kefalonia.
Most went to athens, america, australia, and other places .
After the earthquake they started to build Poros, a new village by the sea. 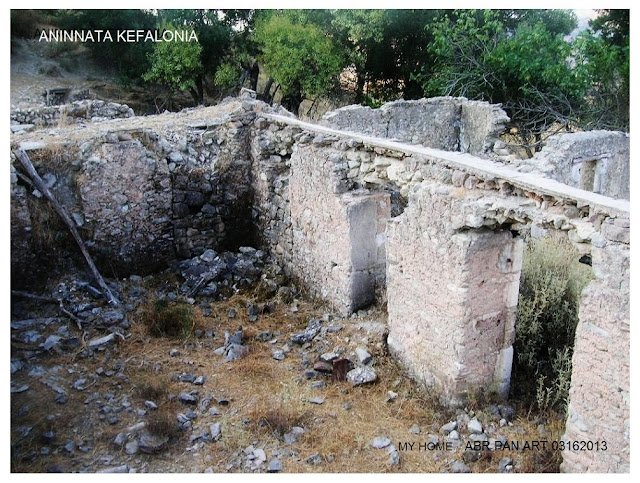